Aldis Hodge (born September 20, 1986) is an American actor who is possibly most recognizable for his roles on the shows "Friday Night Lights", "Leverage" and "TURN". He has appeared in films such as The Tenants, Edmond and American Dreamz. He portrayed Raymond in Die Hard with a Vengeance and Foxy in A Good Day to Die Hard. 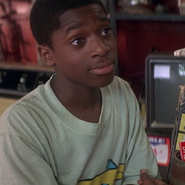 Appearing in Die Hard With a Vengeance

Retrieved from "https://diehard.fandom.com/wiki/Aldis_Hodge?oldid=24375"
Community content is available under CC-BY-SA unless otherwise noted.