KFLW-TV is the main television station in Century City, Los Angeles (if not the greater Los Angeles). It's main news anchors are Harvey Johnson and Gail Wallens, while Richard Thornburg and Mary report the news on the go.

At the KFLW-14 News building, Richard Thornburg was on the phone speaking with his assistant when he heard a received distress call from LAPD Sergeant Al Powell. Thornburg decided he would broadcast this story and he hurriedly packs his things and calls his cameramen to get a van, but the studio manager refuses to let him leave. Harvey Johnson hears the commotion and gets involved with the argument. Just when he was to go live on the air, the camera caught a few seconds of his angry face glaring at Thornburg. One of the studio cameramen reminded him he was on the air and he would quickly shrug off, then report the news immediately. Once the camera cut to Gail Wallens, Johnson resumed the conversation with Thornburg,

Thornburg and his crew drove the van all the way to Nakatomi Plaza but they could go no further as the police surrounded and prevented them from doing so. Regardless, the crew would set up the equipment and begin reporting in the area. While there, they witness the explosion of the lower floors caused by McClane, which was necessary in order to stop James and Alexander and save the rest of the police from death. Thornburg asks if "he got that", to which the cameramen replied that he did.

Back at the studio, Johnson and Wallens interview a terrorist/hostage psychologist named Hasseldorf, who explains his views of terrorism and what they may be truly striving to go for, as well as his predictions with the hostages.

Thornburg's assistant, Mary, finds out about John McClane after his identity is revealed to them, thanks to Harry Ellis. She gives out all his necessary information and the crew drive the van to McClane's house. Once they got there, Paulina, who was looking after Lucy & Jack McClane, stopped him in front of the front door. Thornburg sternly spoke to her that he would deport her back to her country if she refused to let him interview the children.

When he did, he was interviewing Lucy, who was scared and sad when she found out what was happening to her mother. Thornburg asked her, "Is there anything you'd like to say to your parents?", to which little Lucy replied, "Come home." Unknown to him, this made Hans figure out Holly Gennero is really the wife of John (the former was evading revealing her identity up until this point).

After the terrorists were defeated and killed, John and Holly were headed to Argyle's limo when Thornburg attempted to interview John about his heroics in the takeover. Holly punched Thornburg in the nose and he sarcastically looked at his cameraman, asking, "Did you get that?" 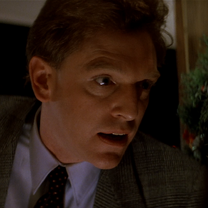 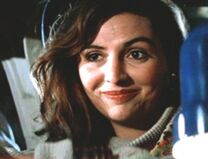 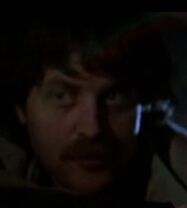 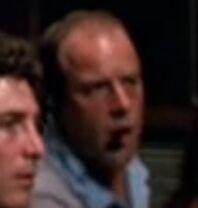