The Los Angeles Police Department (LAPD) is the police department of Los Angeles, California. A high ranked police force along with the New York City Police Department, they play a major role in the first film of the Die Hard film series. John McClane briefly served with them after his heroics in the Nakatomi Hostage Crisis.

John McClane first attempts to bring the police to Nakatomi Plaza via a fire alarm. However, Eddie notices the fire alarm went off and reports it to Hans Gruber, who tells him to call 911 and call it off. Thinking the LAPD will save the day, McClane observes them and some firetrucks from the 32nd Floor turning left and away from the building, angering McClane.

After killing Tony Vreski, McClane steals his radio and tries calling 911 from the roof. Hans could hear McClane attempting to call the police and sends Karl Vreski, Fritz, and Franco to go after him. Back on the roof McClane becomes impatient with the female dispatcher, telling him he is violating the emergencies he is making with the calls. However Vreski suddenly begins shooting at McClane, unknowingly convincing the lady to send in a black and white to look for any kind of activity at Nakatomi Plaza.

At a gas station, we see a cop eating some Twinkies before departing to investigate the situation. He is later revealed to be Al Powell, a sergeant of the LAPD. Upon entering the building, McClane tried breaking the glass with a chair to alert him the building is under attack. Unfortunately he is interrupted by Marco and Heinrich, whom both are killed by McClane. Then when he sees Al Powell leave after taking a minute long look in the building, McClane throws Marco's corpse to prevent him from leaving. This frightens Powell who suddenly backs up his car as the terrorists begin shooting at him. Powell calls for back up almost immediately.

Moments later the LAPD arrive and Deputy Chief Dwayne T. Robinson asks him what the situation is here. Powell replies a 'claimed' non-local cop has something to do with him calling the LAPD here, to which Robinson suspiciously assumes to Powell it could one of the terrorists talking to him through his radio.

Robinson then has SWAT team Captain Mitchell send in his best men to break into the building and free the hostages; during the break in, one of the SWAT officers accidentally pricks on a spiked flower. This fails however, as James and Alexander shoot the searchlights, preventing any chance of helping the SWATs make it inside, then Eddie and Uli start shooting at the officers, injuring them. Then Mitchell orders the SWATs to 'send in the car', but this also fails when James and Alexander fire two missiles at the car, killing the team inside. Just when they were about to launch a third missile, John McClane throws a C-4 explosive strapped to a computer monitor down the elevator shaft, which detonates and kills James and Alexander. He also saved the lives of the four injured cops at the same time.

Then, when Powell picked up his radio to speak with McClane (who was going by the name 'Roy') Robinson stepped in and took it from him angrily telling McClane he just blew up a building. But McClane plays smart and puns Robinson back. The radio is quickly given back to Powell, who further listens (and speaks) to McClane, including the murdering of Harry Ellis, telling him about the FBI assuming duties when the power is cut from the building, and, before McClane's radio is destroyed by Vreski, hearing in on a double cross with the FBI and Gruber. When Gruber blows the roof up which killed both Agent Johnsons, who almost killed their ally McClane, Robinson then says that they need more FBI.

The LAPD soon hear a lady scream from the 30th floor of Nakatomi Plaza, who is later revealed to them as Holly Gennero. After the death of Hans Gruber, which Powell, Robinson, and the rest of the LAPD see falling down from the building, McClane and Holly exit the building and they both meet Powell, who is more than happy to see them alive. Deputy Chief Robinson then presses charges on McClane, to which he responds by attempting to punch him, causing Robinson to flinch.

Then a hostage screams, seeing that Karl disguised himself as one, and tries one last time to kill McClane with his Steyr AUG. Before he can act, Powell draws his gun and shoots Vreski multiple times before delivering a final blow to his heart, killing him. Out of surprise, Argyle who just knocked out Theo in the garage while he was attempting to escape in an ambulance, shows up in his limousine, preparing Powell to fire his weapon again. But McClane lets him know he is not one of Hans' men. McClane and Holly then set off for their house as the LAPD lets them leave.

The LAPD has used several vehicles since their inception. In Die Hard, the majority of their fleet are Chevrolet Caprice models:

Police cars on the scene at Nakatomi.

The SWAT Van.
Add a photo to this gallery 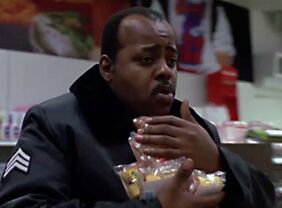 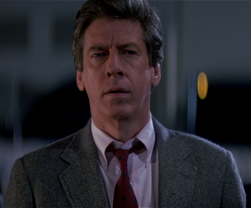 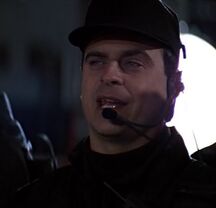 SWAT team Captain Mitchell
Add a photo to this gallery
Retrieved from "https://diehard.fandom.com/wiki/Los_Angeles_Police_Department?oldid=23683"
Community content is available under CC-BY-SA unless otherwise noted.